Steve Clarke thinks Scotland should be “very optimistic” about their chances of qualifying for the Euro 2020 after finishing third in Group I.

Scotland got their revenge on Kazakhstan after being humiliated in March, which was described as one of our most embarrassing defeats ever and soon led to the departure of Alex McLeish.

Tuesday nights victory seen Scotland rack up their third consecutive win after beating both San Marino and Cyprus, something that last happened back in 2017.

It was looking like Scotland were going to come up short again after falling behind after 33 minutes through as unstoppable effort from FC Rostov’s Baktiyar Zaynutinov.

After being booed off at half-time, Clarke’s men came out flying in the second period and two quick-fire goals from John McGinn and Steven Naismith lifted the mood inside Hampden before McGinn doubled his tally in injury time to put the game to bed.

The very low crowd of 19,515 told you everything you needed to know about what has been another disappointing qualifying campaign. It’s fair to say all attention has went to the huge play-off game in March against either Romania, Bulgaria, Israel or Hungary.

Scotland started the game relatively well and had an early chance to take the lead  when Celtic duo James Forrest and Callum McGregor linked up well before the latter blazed his effort over the bar.

The visitors had an excellent chance to take the lead on the 16th minute when a dangerous cross by Dmitri Shomko evaded everyone and presented a chance for Aleksey Shchetkin, but Greg Taylor tracked back well to put in a timely challenge.

However the mood matched the conditions as Michal Bielek’s men took a shock lead after 33 minutes. Scotland were once again the architects of their own downfall when Liam Palmer cheaply lost possession allowing Aleksey Schetkin to play the ball to Baktiyor Zaynutdinov and he stunned Hampden as he curled home an unstoppable effort into the top corner from 25-yards out.

After being booed off at half-time, Scotland stepped up the pace after the break and were level within minutes of the re-start as John McGinn’s powerful free-kick took a huge deflection which wrong-footed Dmytro Nepogodov and ended up in the back of the net.

The atmosphere picked up after the goal and the camped Kazakhstan defence was becoming much easier to thread a passage through as the game went on.

James Forrest came inches away from completing a quick turnaround when he put Taylors cut-back just wide of the post.

I personally couldn’t have  been any happier to see Steven Naismith score his tenth career goal for Scotland, after what has been an injury-hit season so far for the Hearts striker. His goal came from a heavily deflected Palmer cross which seen the 33-year-old show alot of determination to get in and put his head on the ball, but he probably has McGinn to thank as he pushed Nepogodov to the ground in the lead up to the goal.

McGinn added a third in the dying moments when a terrific through-ball from substitute John Fleck found Greg Taylor and he squared it to McGinn, who made no mistake from close-range to score his sixth goal in three games.  It wasn’t that long ago he was still searching for his first international goal. 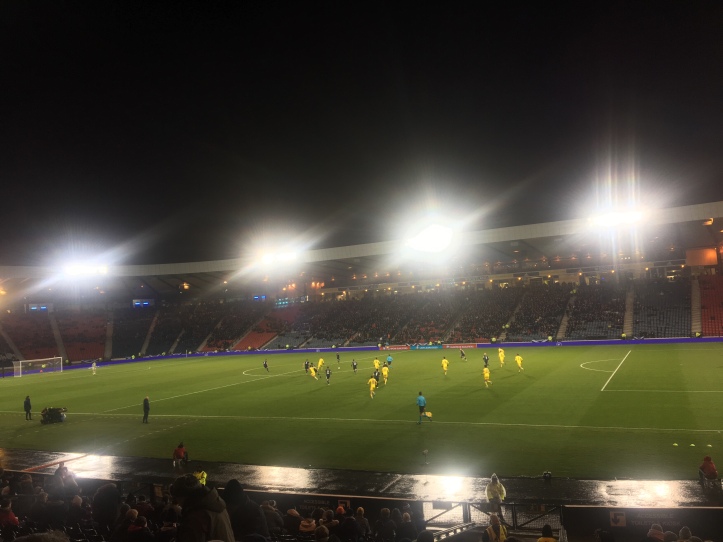 If we played like we did in the second-half in the first, it would have been a stroll in the park, but once again we made life difficult for ourselves. I think the majority of the fans will have left Hampden happy with our third consecutive win, but the stadium was a third full. Stevie Clarke talked in his post match press conference about selling out the stadium come March. Simply reduce the ticket prices and i can guarantee it won’t be far off a sell out. 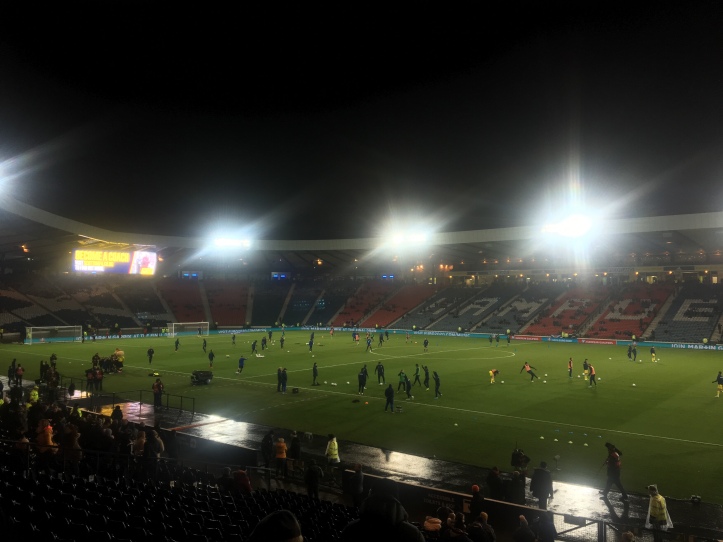