Keeper Saves Stops The Saints From Marching On 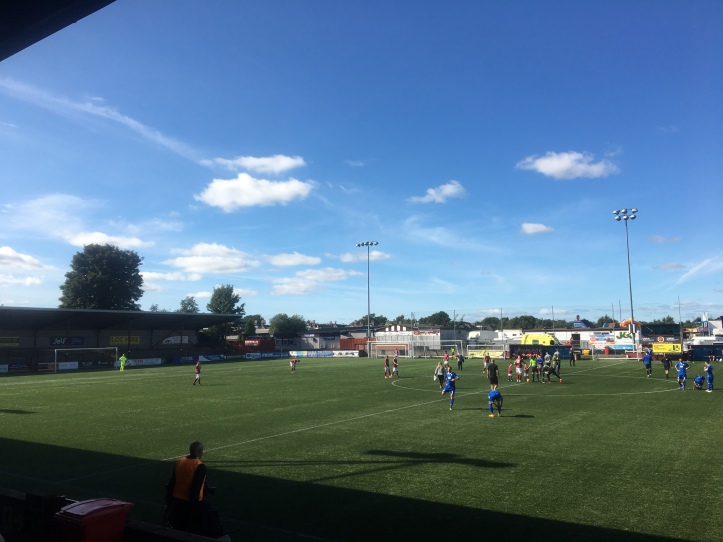 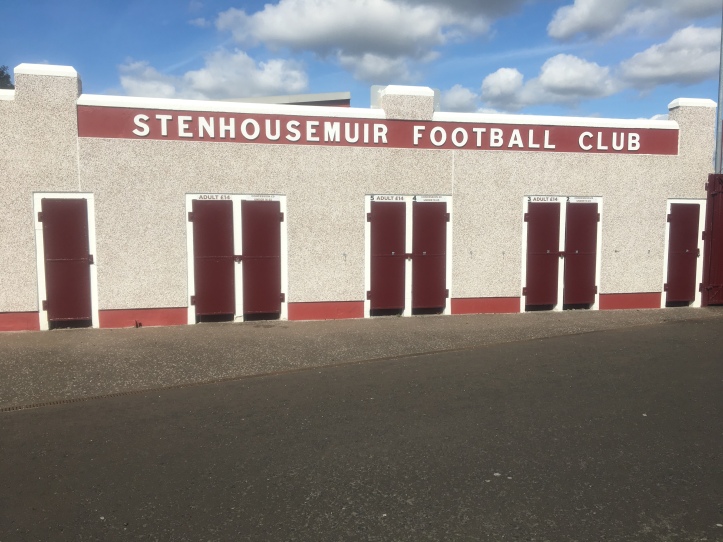 There was an huge upset yesterday at Ochilview as Stenhousemuir beat Welsh Champions TNS, on penalties to progress to the fourth round on the Tunnocks Caramel Wafer Challenge Cup.

The hosts had goalkeeper Graeme Smith to thank, as the 36 year old played an absolute blinder throughout the 90 minutes, before saving three out of four spot-kicks to send his side through.

It is now the second consecutive season that the Welsh side have been knocked out at the first hurdle, after they also lost on penalties against Queens Park last season.

The New Saints, who participated in one of the worlds biggest footballing competition just one month ago, were the dominant side for the majority of the game, but were guilty of missing fantastic opportunities and should have had the game sealed by half-time in reality.

The Welsh side were caught napping as The Warriors upped the ante just after the re-start and they fell behind as some poor defending by the away side allowed Kieran Anderson to nod home from six-yards out.

It was beginning to look like one of those days as Simon Spender pulled his hamstring minutes after coming on, and with no substitutes left the away side had to play the remainder with ten men.

However, The Saints deservedly equalised with 5 minutes left on the clock as some fantastic work from Ryan Brobbel saw him beat a few very tired Stenhousemuir defenders, before drilling it low into the bottom corner to take the game to spot kicks.

The New Saints started very strongly and should have been ahead after just six minutes on the clock, when Greg Draper was slid clean through by Kurtis Byrne, but he skied his effort well over the bar.

The hosts went straight up the other end and were only prevented the opening goal by a superb last-ditch challenge from Keston Davies as he denied Thomas Halleran.

The Welsh champions took the game by the scruff of the neck and dominated the rest of the half as they went in search of the opening goal.

On the 14th minute a fantastic pass by Danny Redmond saw him pick out Ryan Brobbel on the far side, before the winger burst into the box and saw his effort tipped around the post by Graeme Smith.

From the resulting corner, Redmond’s delivery evaded everyone and found its way the back-post, where it was somehow put over the bar by Aeron Edwards from a few yards out. Another let off for The Warriors, with it looking only a matter of time until the scoring was opened.

It was beginning to turn into a frustrating afternoon for TNS’s Draper, as this time when the big man found himself through on goal he lost his footing at the vital moment, which allowed the home defence to get back and clear their lines.

Smith was called into action again just before half-time as he made an incredible one-handed save to deny Edwards volleyed effort after he was played in by Draper.

The Warriors came out fighting in the second-half and took a shock lead on the 48th minute. Some poor defending from the TNS defence allowed Kieran Anderson to sneak in at the back-post and his header looped over the helpless Paul Harrison to put Colin McMenamin’s men ahead.

After taking the lead the Stenhousemuir game plan changed with the main aim being to sit back and try hold onto their lead, which was a brave move by McMenamin.

The New Saints also stepped up their game as they went in search of an equaliser and it was substitute Billy Whitehouse who was next to have an opportunity, but he fired his effort into the side-netting.

Simon Spender came on for TNS, but came off injured about five minutes later after pulling his hamstring as he chased a ball down the wing.

You were beginning to think if it was going to be one of those days for the visitors.

Despite having ten men, TNS finally managed to beat Graeme Smith four minutes from time. The hosts were out on their feet and couldnt stop Brobell, who burst down the wing, before coming inside to the centre of the box and firing into the bottom left-hand corner to pull The New Saints out of trouble.

Penalties were needed to separate the two sides at Ochilview 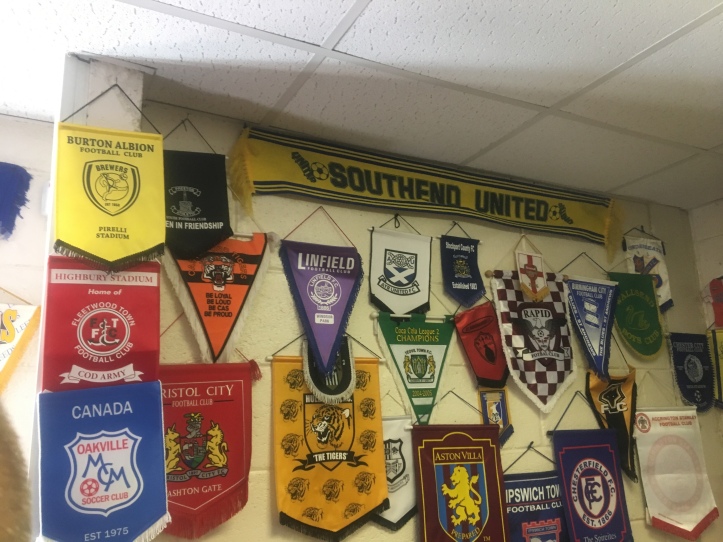