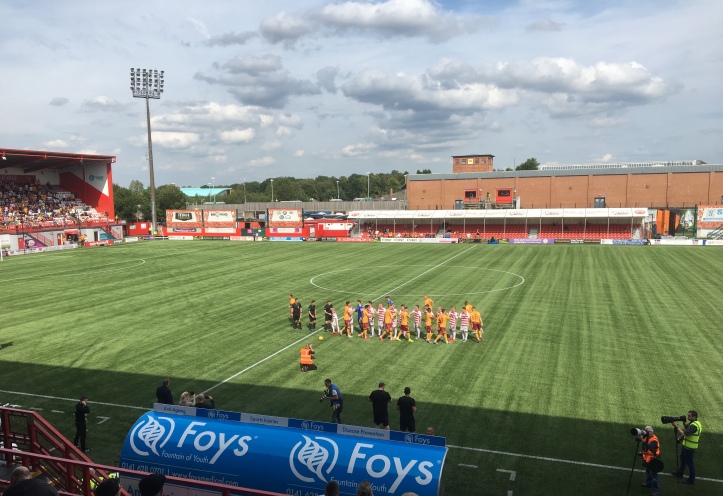 It was the visitors who claimed the honours in a game that was realistically over after 20 minutes.

Goals from Peter Hartley and Liam Donnelly in the first-half were added to in the second-half by Christopher Long to gain The Well their first win of the season.

Hamilton played 70 minutes with ten-men as 17-year-old Jamie Hamilton was sent off on his home debut as he apparently handled the ball on the line.

Brian Rice, who has a long list of players on the treatment table,made one change from the League Cup defeat at Kilmarnock last weekend win Scott McMann missing out through injury so George Stanger was handed a debut.

Motherwell made two changes from their defeat to Hearts with Peter Hartley and Christopher Long coming in to replace Richard Tait and Jermaine Hylton.

It was the visitors who started the much better side, with Sherwin Seedorf being the main danger man for Motherwell in the opening exchanges, and it was the Dutchman who was the first player to have a sight at goal. On the seventh minute he smartly dribbled by a few Hamilton defenders, before unleashing a powerful strike at goal which was well saved by Owain Fon-Williams.

Motherwell continued to pile the pressure on the Accies defence and Peter Hartley was next to go close as he headed a Liam Polworth header off the bar, but the visitors deservedly took the lead a minute later from a third consecutive corner as once again Hartley was unmarked and be rose highest of all to glance a header past Fon-Williams.

Things got worse for Accies as Jamie Hamilton was sent off for handling Polworth’s goal-bound header off the line, giving Andrew Dallas no option than to send him off. Liam Donnelly stepped up and scored his seventh goal of the season for The Steelmen.

Out of no where Accies were handed a lifeline as this time it was Hartley who was adjudged to have handled the ball and again Dallas pointed to the spot. Ross Cunningham stepped up and blasted his effort straight down the middle to reduce the deficit to one.

I was pleased with the way we dug in towards the end of the first-half, and with the game being 2-1 we could have time to regroup and sort out a plan going forward at half-time.

We made a few changes at the break with Alex Gogic dropping back into defence as well as bringing off goal scorer Ross Cunningham to replace him with Mickel Miller.

However, everything that was probably discussed at the break went out the window as Motherwell restored their two goal lead five minutes into the second-half through Christopher Long. He beat a few men on the edge of the box before his strike at goal evaded all the Accies defence and found its way into the far corner.

The third goal for the visitors  meant that the game died rapidly and to be honest fans could have went home after 52 minutes and wouldn’t have missed a thing. The Motherwell fans were obviously enjoying themselves in the South Lanarkshire sunshine, but for me and the other Hamilton fans it was the longest second-half ever and I wish it would have just ended sooner.

Their was very little action to report in what was a very poor half, with the only memorable chance falling to Long in the dying stages as he tried his luck again, but his shot took a wicked deflection off of Stanger and wrong-footed Fon-Williams, before luckily bouncing inches wide of the goal.

I don’t think derby day could have gone much worse to be honest. I said to a few guys afterwards that the game was over after 20 minutes and it was a painful watch. We have a huge injury list at the moment and missed a few key players.

I think one positive we can take is about our fighting spirit. Last season we would have simply collapsed in a game similar to that and would have lost 5-0, but we fought back and gave 100%.

Onto Tynecastle next week, which is my favourite away day in the league.

I think we are more than capable of getting something if we defend as well as we did in the two Kilmarnock games.

What The Managers Said To BBC Sport👇🏼 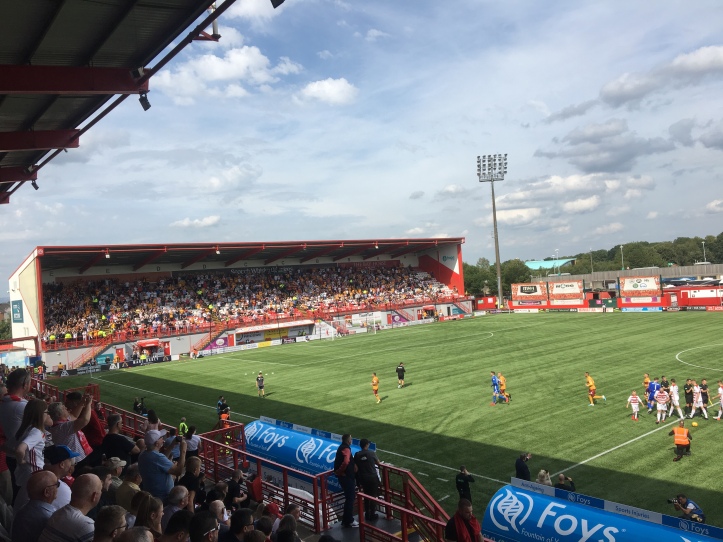