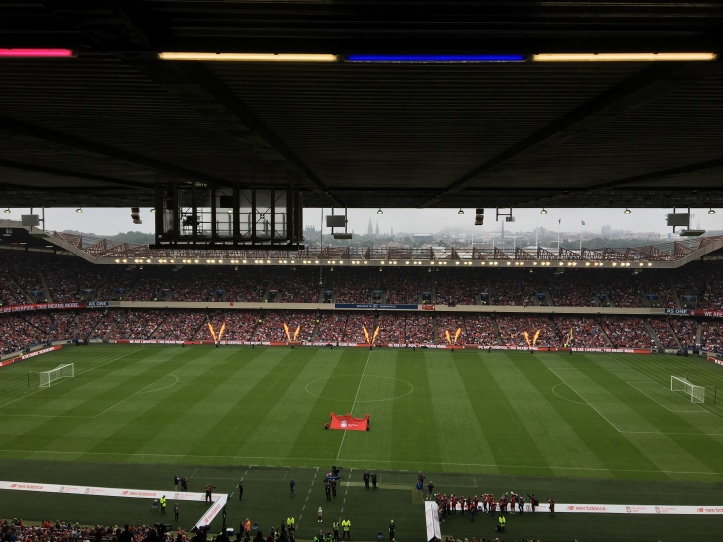 Liverpool’s winless pre-season run stretched to four games as they were comprehensively swept aside by Napoli at Murrayfield on Sunday afternoon, where Carlo Ancellotii’s men ran out comfortable 3-0 winners.

Jurgen Klopp’s men put in a well below-par performance in front of 65,000 spectators, where they were simply torn to shreds by the Serie A outfit, who could have scored more if they didn’t relax after they went three-nil up early in the second half.

The Reds have one more friendly against Lyon in Geneva this week, before their domestic campaign gets underway, when they play Manchester City in the Community Shield. Klopp insisted in his post-match interview that his side “will be a different animal”, after a pre-season to forget for The Reds. Many will give sympathy to the Scousers, with the same old saying ” Its all about the fitness”  However, coming off the back of a woeful tour in America and also Sunday’s terrible result, surely means there has to be a little bit of mild concern for the Liverpool boss.

The game got underway at the sold out Murrayfield Stadium, and the game could have had a complete different outcome if Divock Origi had taken his chance on the third minute, when the crowd favourite Andrew Robertson, beat his man down the left-wing before his dangerous cross was flicked wide by Divock Origi.

Liverpool beat Napoli 5-0 in Dublin in a pre-season friendly last season, but were miles off that level on Sunday.

Trent Alexander-Arnold was one of many poor performers on Sunday afternoon and im sure he will be glad he doesn’t come up against Lorenzo Insigne every week, as the tiny Italian magician had him in his back pocket all afternoon, and it was the 28-year-old who broke the deadlock on the 17th minute, when he drifted by Alexander-Arnold and Joel Matip with ease, before his curling effort flew into the far right-hand corner.

The Italians doubled their lead just before the half-hour mark when Insigne breezed by Alexander-Arnold and his dangerous cross was excellently slammed home by Arkadiusz Milik. Napoli were looking very dangerous on the wings, with every attack dragging the Liverpool’s defence all over the place. They simply didn’t know how to stop Insigne and Verdi.

The Premier League side were fortunate to be only two goals down at half-time, as they were terrible in the a half, which was dominated by a seriously impressive Napoli side.

Liverpool actually started the second half the better side, but it was Napoli who made it 3-0 as they broke free on the counter-attack. Insigne was involved for the third time, as this time his curling effort at goal was parried by Simon Mignolet, straight into the path of half-time substitute Amin Younes, who tapped home into the empty net. The Belgian certainly didn’t cover himself in glory.

It was nearly 4-0 on the 57th minute. Insigne, who was the best player on the park by miles, nearly completed his hat-rick of assists, as he threaded a through-ball past Matip towards Milik, who’s attempted dink over Mignolet was saved.

The Italians took their foot off the gas or it could have been an even worse result for The Reds.

Unfortunately the game died rapidly and it was no surprise to see fans leaving with 20 minutes remaining to try avoid the after match queues. The encounter was just slowly dragging towards the finish with hardly any goalmouth action after the 60th minute.

The one piece of noteworthy action however, was late in the game when Vlad Chiriches nearly put the ball in his own net following Rhian Brewster’s dangerous cross, but Alex Meret made a good diving to keep his clean sheet.

The only positive on what was a day to forget for last years Champions League winners, was Harvey Elliot coming on to make his debut after officially signing for Liverpool just hours before kick-off. The 16-year-old was excellent when he came on and created more chances in 20 minutes than the experienced players had done in 70 minutes. He slightly upped the tempo of the young Liverpool side, but they were still no where near good enough to get by a solid Napoli defence.

Nevertheless i throughly enjoyed my experience at Murrayfield despite only one side turning up. Napoli have a great team, with a deadly front three and were a pleasure to watch. I look forward to seeing how they do this season in Serie A. 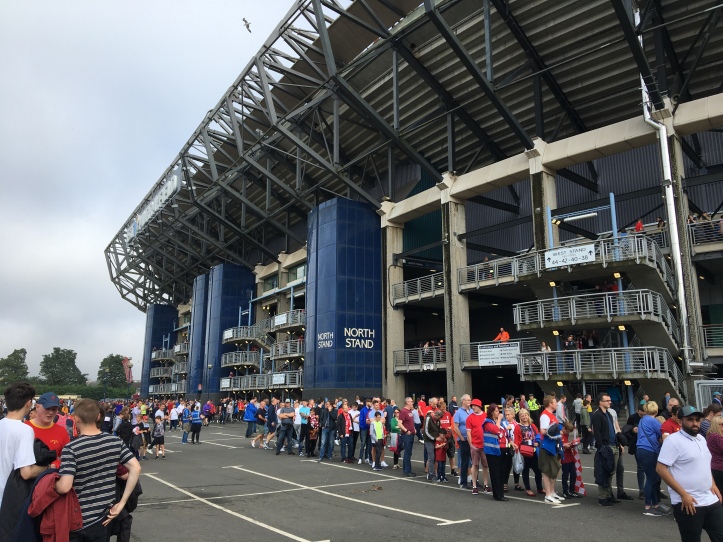