Honours Even At Prenton Park

On Saturday, I took my first ever trip to Liverpool to watch the newly promoted Tranmere Rovers. The Rovers were promoted last season after 3 years away from the Football League, when they were relegated to the National League in 2015.  They beat Boreham Wood 2-1  in the play off final after finishing second in the league behind Macclesfield Town . Both sides have started their campaign very well. Tranmere have lost 1 of their opening 7 games, winning 2 and drawing 4. The same applies to visitors Colchester, who currently sit in 5th place, also only losing 1 game, winning 3 and drawing 3.

Tranmere and Colchester played midweek and both lost in the Checkatrade Trophy. Tranmere lost at home to Crewe Alexandra in 3-4 thriller, where the home side chucked away a 3-2 lead within a minute and Colchester lost 0-2 at home to Premier League side reserve side, Southampton U21’s. Both sides rested their main players, with thought about Saturdays game, giving youth a chance in a cup competition that not many teams care about.

Tranmere made 8 changes from their midweek cup tie against Crewe. Keeper Scott Davis returned to the starting 11, along with Jake Caprice, Centre back pairing Mark Ellis and Steve McNulty. Rovers changed their whole midfield with Ollie Banks, Luke McCullough, Connor Jennings and Johnny Smith all starting and of course, August’s player of the month James Norwood replaced Paul Mullin up front.

Colchester made 6 changes from their home defeat to Southampton U21’s with Ryan Jackson slotting back into right back, allowing Kane Vincent-Young to move to left back. Frankie Kent replaced Paul Rooney in defence. Harry Pell started in midfield and the U’s top goal scorer Luke Norris regained his place up-front alongside Frank Nouble.

The hosts got the game underway at Prenton Park, and it was a brilliant start to the game with both sides well up for it, however Tranmere started best. After 2 minutes a fizzing delivery into the box, just went over Cole Stockton’s head and  James Norwood gambled on the loose ball but was inches away from getting his toe on it. 4 minutes later, a cross field ball found Johnny Smith, who took it onto his preferred left foot before curling it to the far post. Barnes got down well to tip it around the post for a corner. After continuing pressing forward the hosts had the ball in the net. A cross from the left from Bakayogo found Norwood at the  back post and he nodded it past Barnes but the flag had been raised for offside against the Tranmere number 10. Colchester’s first chance didn’t come until the 12th minute when some nice play in midfield allowed Szmodics to shoot, but his effort was well over. After 17 minutes, Smith unleashed a powerful shot which Barnes pushed away, right into the path of Cole Stockton but the striker was flagged offside. The biggest chance of the encounter came after 22 minutes, when a long ball by Jackson looked easy enough for Steve McNulty to deal with, but the centre half under hit his pass back to Davis and Norris pounced on the loose ball. Davis ran out and spread himself to save well but the rebound went straight to Szmodics who tried to lob the keeper which just bounced wide. After an exciting opening 20 minutes the game settled, with both teams having spells of possession but no real chances were created. On the 33rd minute the ball fell kindly for Frank Nouble but his effort sailed over the bar like Szmodics earlier effort. After 38 minutes, a long throw found Cole Stockton who turned his man and fired a half volley just over the bar. The break through came after 42 minutes and it was the inform James Norwood who scored. Stockton drove forward with the ball before passing to Smith.  A lovely reverse pass by Smith played in Norwood who drilled it into the far corner past the helpless Barnes.

Colchester started the second half much better than the first and on the 53rd minute it looked like there was going to be an equaliser. A free kick was delivered in by Dickenson which beat every one, it fell for Eastman at the back post who’s miss hit shot landed on Kent’s head, his goal bound header went onto Harry Pell’s head and his diving header was headed off the line by a combination of Jennings and Davis and put out for a corner. A real goalmouth scramble. After starting the second half well the U’s got their well deserved equaliser on the 60th minute. A corner was delivered in and Davis opted to punch what looked like an easy catch. His punch went straight on Harry Pell’s foot and his shot bundled into the goal. Tranmere had no reply to Colchester’s goal and it was the away side  who had the momentum. On the 73rd minute, a  20 yard low drive from Szmodics had Davis down to save well before it was cleared to safety. The home side should of been 2-1 ahead on the 76th minute. A cross from Norwood found Jennings at the back post and his header was brilliantly saved by Barnes at point blank range, but the rebound fell to Jennings , who laid it off to the just substituted, Mullin,  who’s tame effort was easily gathered. The final chance of the match came on the 85th minute, when the ball fell to Bakayogo on the edge of the box but his snapshot went a few yards wide. 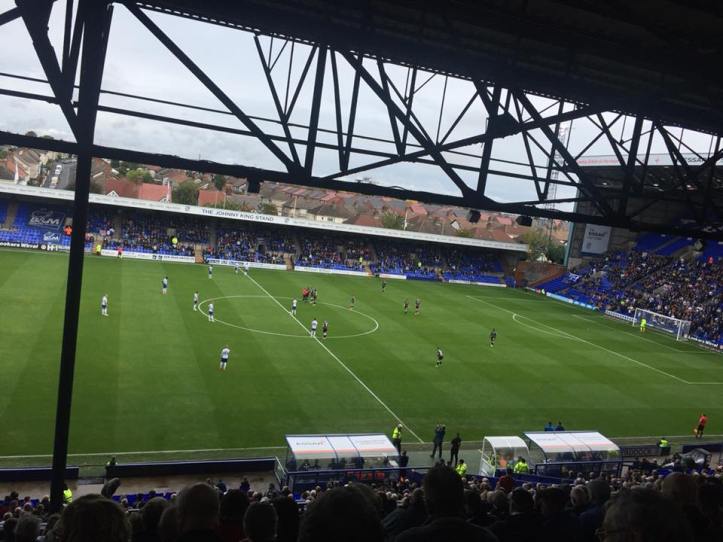 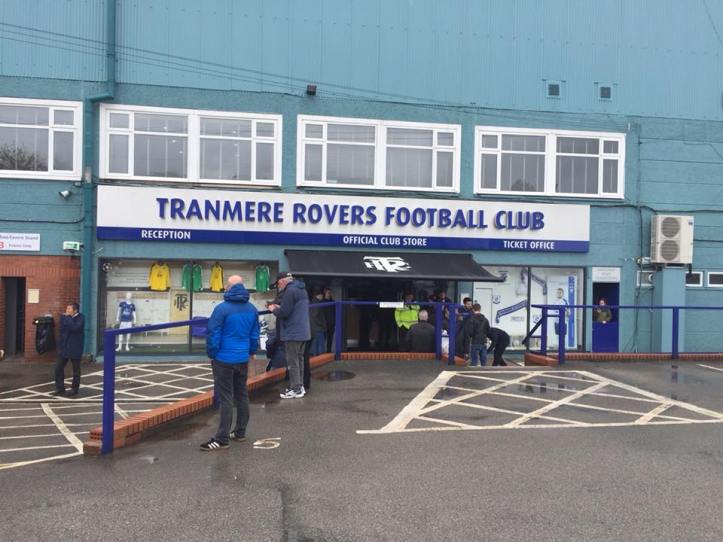